After I struggled to find what to write in 15 rows about “GAY PEOPLE- FROM THE POINT OF VIEW OF A PR”.

” Nobody has the right judge somebody! Each human being is unique, with unique beliefs and thoughts, unique emotions and unique choices. We are free to choose what is our sexual orientation and not be discriminated because of that.

Homosexuality is romantic attraction, sexual attraction, or sexual activity between members of the same sex or gender. As an orientation, homosexuality refers to “an enduring pattern of or disposition to experience sexual, affectionate, or romantic attractions” primarily or exclusively to people of the same sex. “It also refers to an individual’s sense of personal and social identity based on those attractions, behaviors expressing them, and membership in a community of others who share them. The most common terms for homosexual people are lesbian for females and gay for males, though gay is also used to refer generally to both homosexual males and females. The number of people who identify as gay or lesbian and the proportion of people who have same-sex sexual experiences are difficult for researchers to estimate reliably for a variety of reasons, including many gay people not openly identifying as such due to homophobia and heterosexist discrimination.  Homosexual behavior has also been documented and is observed in many non-human animal species.

Despite the fact that homosexual people are confronting with a lot of stereothypes and a lot of impediments and discrimination- maybe not in a direct form,  maybe in indirect form, but what`s true is they suffer. Because they are not accepted in the society. That`s why we have to do something, to make the people be more “open-minded” because we have to accept them and face it, THEY EXIST  and they will continue existing… no matter  we like it or not.”

I, personally don`t have nothing with the homosexuals- we are free to choose what to do with our life!

I am studying Comunication and Public Relations and today I recieved a homework and the subject is “GAY PEOPLE- FROM THE POINT OF VIEW OF A PR” , the deadline is tomorrow noght and honestly I have no ideea.

What a PR could think about this. I know the fact that a PR is the eyes and the ears of a company, have to study the market and find what are the tendances and what people want and need. But first of all, i have no ideea how to start, how to concept an essay…I can`t find my words!

That`s why I need your help.

DON`T GET ME WRONG! I don`t ask you to DO my homework, i need you to guide me, to understand what to do. Cause I`m a young “women” and I want to learn, i want to become a good PR, because I really like this job.

So…if you have any ideas for me…They will be very useful for me!

Wellcome to my blog! 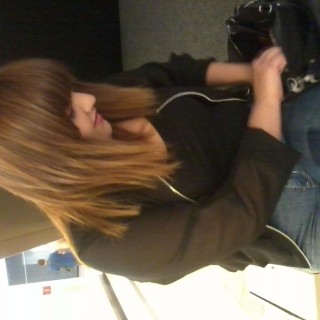 Are you looking for…

You think those posts are nice…

These blogs are awesome too!

My crazy fast life as a journalist and drag racer

an archive of traditional and modern transylvanian crafts

If you're walking through hell, keep walking.

In search of Right Words

Find the right words, put them in the right place at the right moment

Smile! You’re at the best WordPress.com site ever

Writings of a Mrs

Follow my journey to writing, Blogging and publishing my musings..

because anything is possible with Charisma

THE BEST OF POETRY

Archives, documents and history in Romania

For the children of Nicaragua